In 1663, a merchant named Karel Gerards commissioned Phillip Vingboons – one of Amsterdam’s leading architects at the time – to design and construct his future residence. Vingboons built the house in Dutch Baroque Architecture style, wherein symmetry is a central feature. Both the façade and the arrangement are fashioned as symmetrically as possible.

The building was part of the fourth expansion of Amsterdam’s canal district. It is precisely situated at the end of the third expansion, and was finished in 1665.

Phillip Vingboons was the son of David Vingboons, an Antwerp-born painter who moved to Amsterdam at a young age because of the Spanish siege of his hometown. Initially, Phillip also aspired to become a painter. In the early days of his career, he made drawings and paintings for Jacob van Campen, the architect of the Royal Palace.
Vingboons is considered to be the most influential Dutch architect of the seventeenth century. The Cromhouthuis – at a small distance of the Herengracht – was also designed by Vingboons.
After Karel Gerards’ passing, the building became home to numerous merchants and bankers. One of them was banker Jan Willink, who purchased the residence in the eighteenth century. It is an interesting fact that Jan Willink co-financed the American War of Independence. He and two of his colleagues loaned money to John Adams, who would later become the second president of the United States. 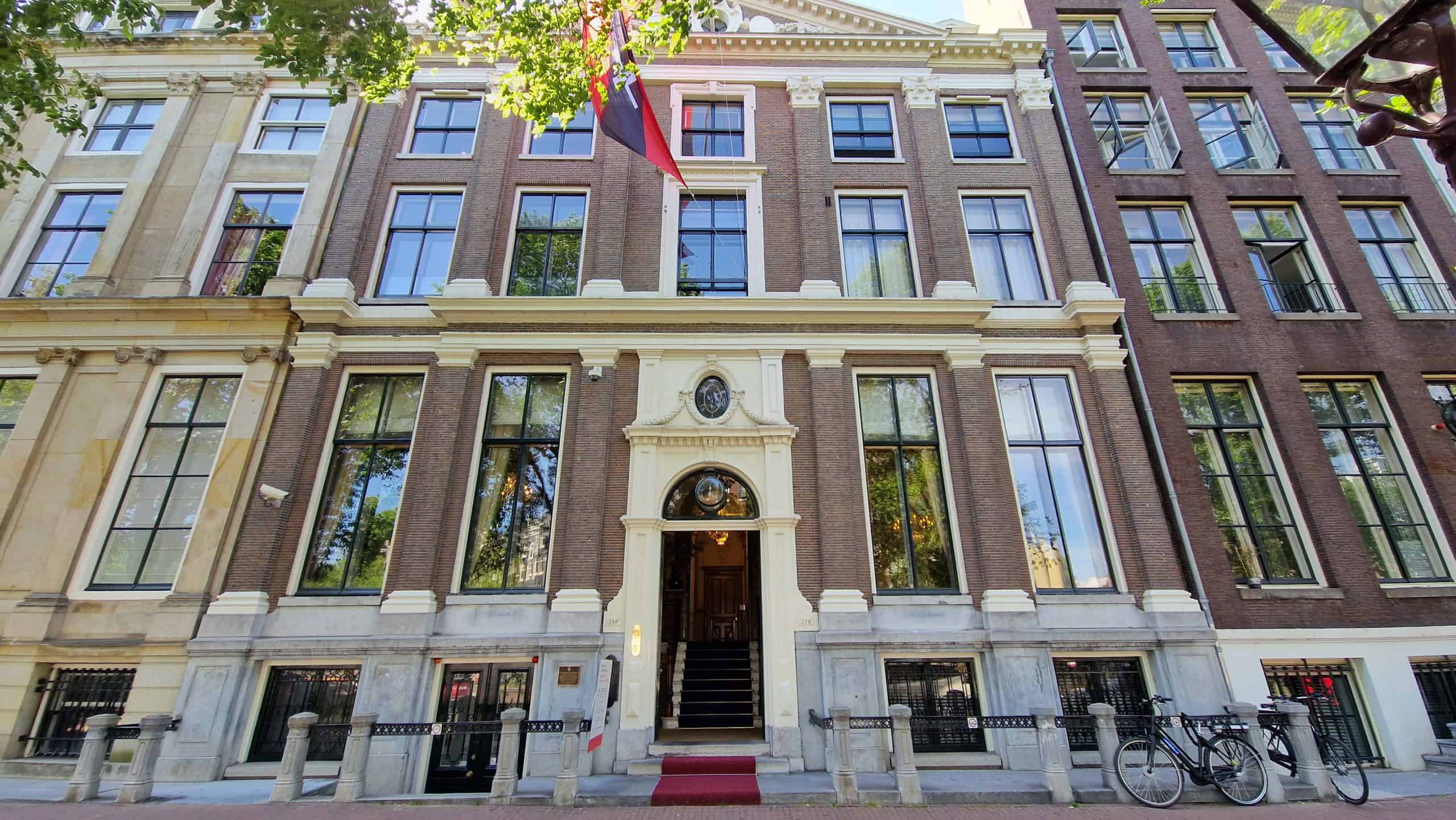 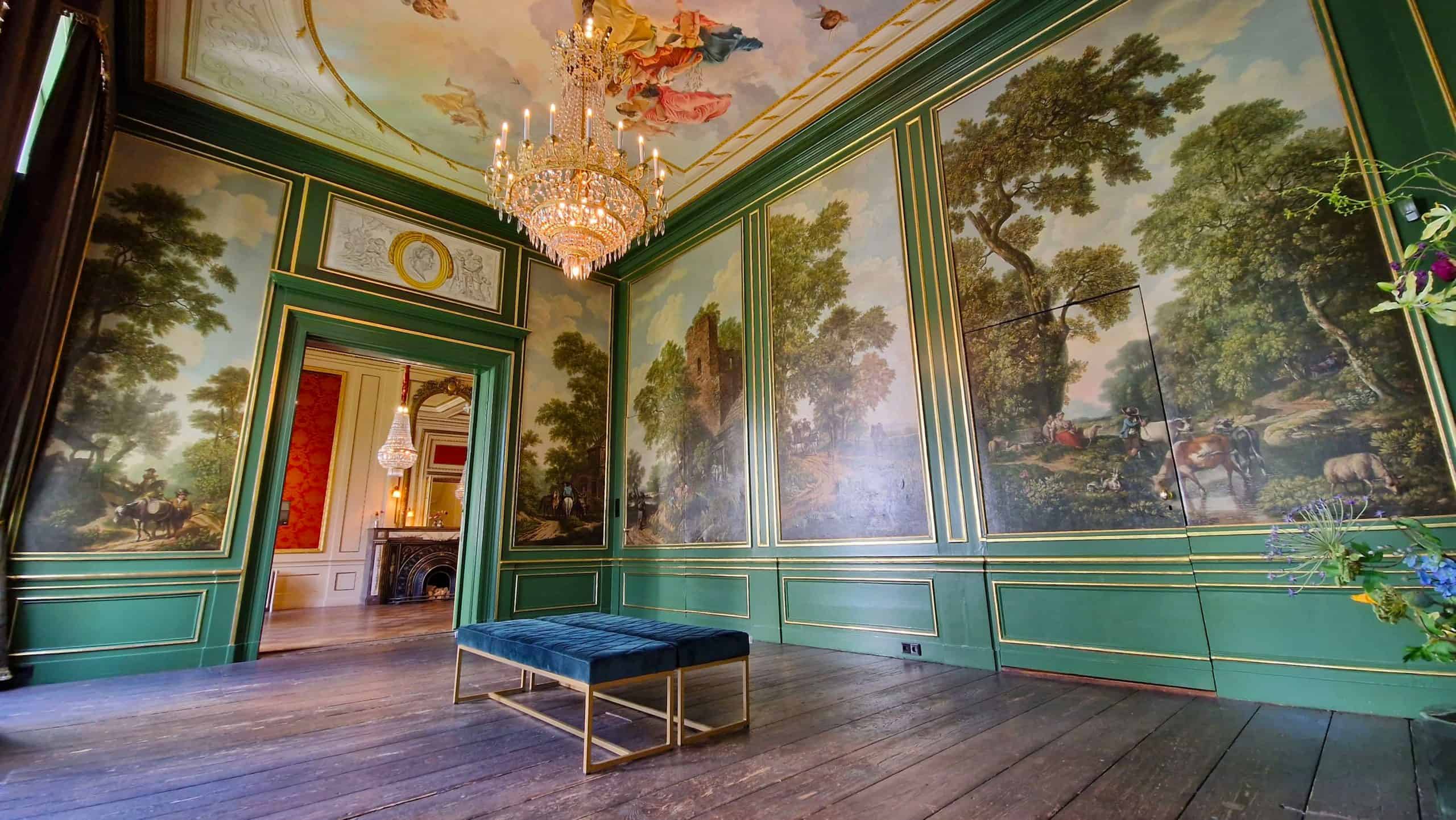 We consider this room our show room. The murals were made in 1776 by Jurriaan Andriessen. It seems likely that Andriessen’s murals were initially intended for the larger period room. On close examination, certain aspects of the frescos don’t add up. The shadows don’t line up with the light of the sun. The treetops are missing and certain details seem to be cropped. It is unclear whether the frescos were initially displayed in the large period room for a brief time, or whether Andriessen directly cropped them in his studio.
At the end of the 19th century, the building underwent a large renovation. The hallway – which initially ran from the front door all the way to the backyard – was downsized, which resulted in the arrangement we see today. After this renovation, the current Andriessen room was big enough for the frescos.
The floor of the Andriessen room was placed during the renovation at the end of the 19th century, after the room was expanded in size. This is clearly noticeable in the room’s floor panels. The panels are all made of the same wood and are of equal width. This discovery was made during the renovation of 2010, when the original floor emerged from under the parquet floor. The walls in between the frescos were returned to their original eighteenth century color. This color was retraced through a careful examination of the paint layers.

This ceiling painting by Pascal Amblard tells a twenty-first-century story in eighteenth-century style. In painting this work, Amblard was inspired by the history of Amsterdam, and its tradition of peaceful coexistence between people of different faiths and from different parts of the world. The dreaming young man at the base of the composition, by the open fireplace, is the key to the whole painting. The other figures are in his dream.

The period rooms on the ground floors of the prominent residences of the Heren- and Keizersgracht are from the 17th century and were designed for special and formal occasions. They were meant to give the owner of the residence esteem and status.

During the renovation of 2010, the two period rooms of the building were remodeled into nineteenth century Empire style. This style hails from France and was introduced in the Netherlands during Napoleon’s era. It is characterized by the use of copious amounts gold and different fabrics.

A replica of this floor was placed in the anteroom, as the nineteenth century floor was missing here. The renovation of 2010 also revealed the original wall covering. This inspired the design of the room’s current curtains and wall covering. Precisely one kilogram of gold was used to restore the original gold leaf. 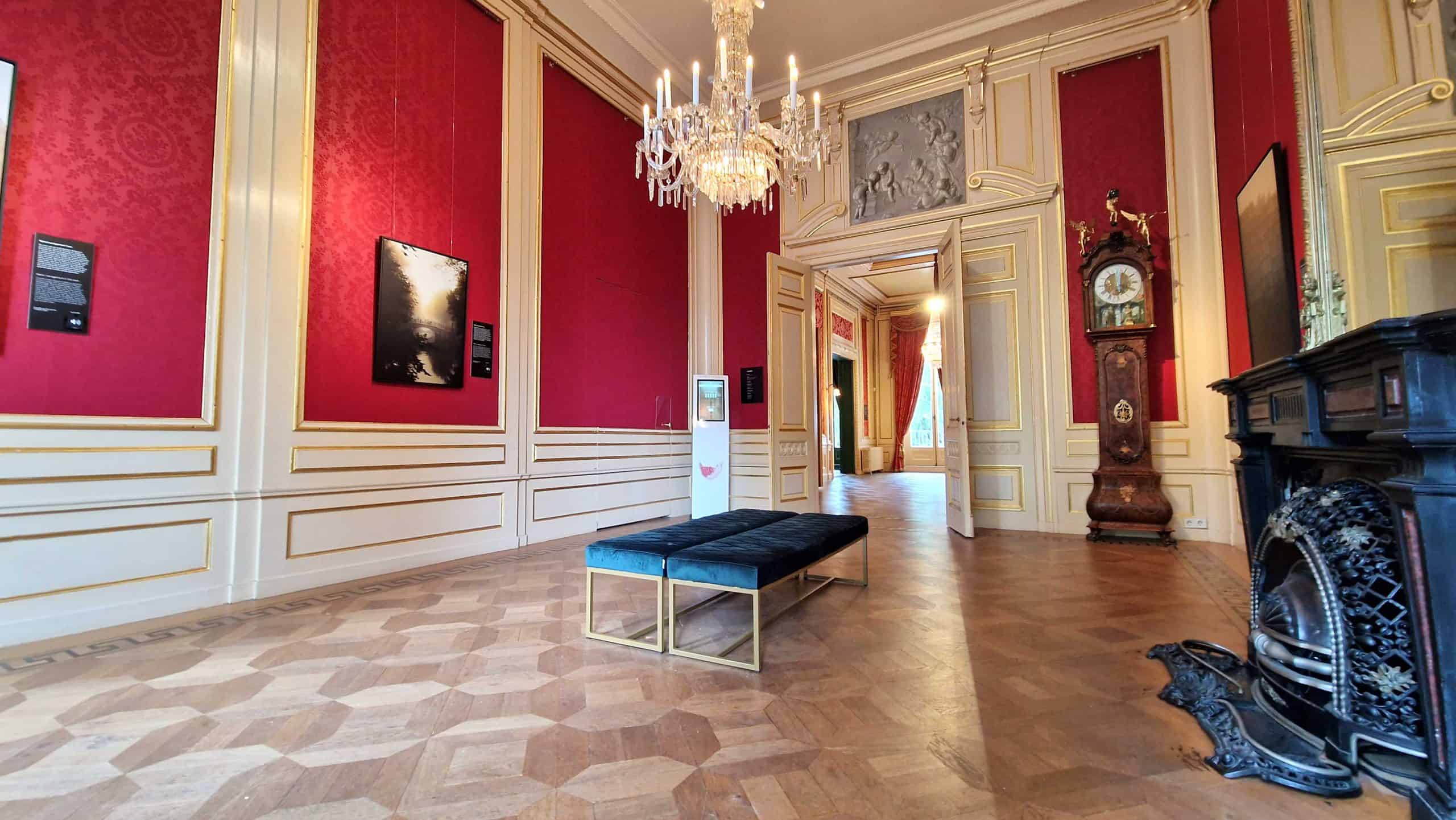 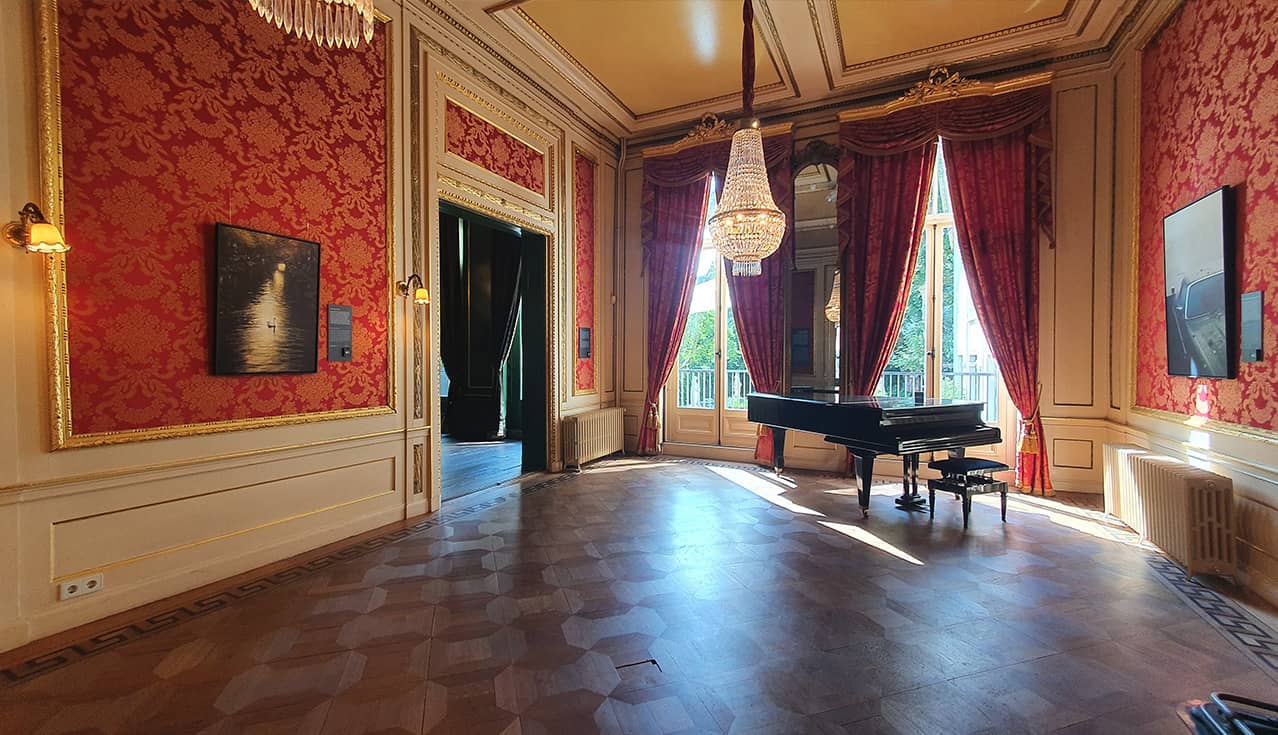