The history of Amsterdam’s canals

Amsterdam has been growing for a millennium. A thousand years ago it was just another fishing village, and its history as a city begins in the twelfth century, when a large area of marshes to the south of the IJ was turned into agricultural land and the district was named Amestelle. It acquired the status of a town in 1306.
Protective earth walls or burgwallen were built alongside the canals on both sides of the River Amstel. These were named after the side of the river on which they were located: Oudezijds and Nieuwezijds Burgwal, old side and new side. Around 1380, the town expanded further, and a second walled canal was built on the old side, Oudezijds Achterburgwal. The next expansion began around 1420, when a new embankment was constructed on the east side of the town, along what are now Geldersekade and Kloveniersburgwal. A ring-shaped canal was dug on the west side of the town. 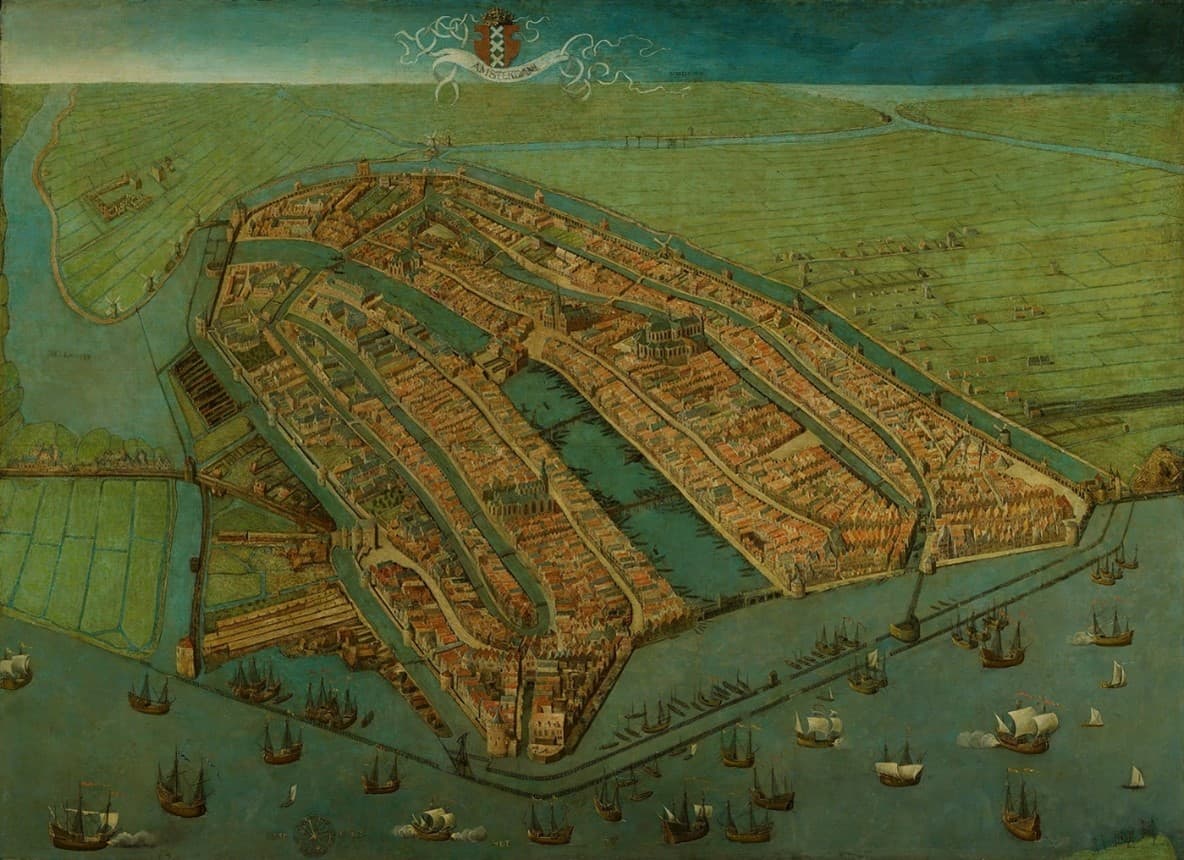 It soon became apparent that these expansions were not enough for the growing population, particularly in the period after 1585, when Antwerp, Malines and Brussels fell into Spanish hands. Gent had already fallen in the previous year, and this turning point in the Eighty Years’ War unleashed a flood of migrants from the Southern Netherlands to Amsterdam. Its relative political and religious freedom and strong economy attracted many new inhabitants, and its population tripled to 30,000. It was not ready for this unprecedented growth, so the town council drew up a plan for the first big expansion of the seventeenth century. This was built in a semi-circular fan shape, which maximized the length of defensive walls that could be constructed, and also made sense for a town located on the water. The canal belt was constructed around the medieval centre, and more canals were built with each subsequent expansion, partly because so much of the area was swampland.

On 5 March 1613, the council took the important decision to expand Amsterdam yet again, this time towards the west. Two main canals were excavated: Herengracht, on the site of the old town wall, and Keizersgracht. On 10 August, a further proposal was submitted involving the creation of another canal, Prinsengracht. The excavation of Herengracht began in 1613, with those of Prinsengracht and Keizersgracht commencing in 1614 and 1615 respectively.

The council stated that the new layout must be favourable for commerce, and provide an elegant and attractive place in which to live. The first attempt to achieve this had been in 1585 with the addition of a new canal on the site of what is now Herengracht. This was not enough to accommodate the population growth, so a series of canals and streets were built around the centre.
It soon became clear that expanding Amsterdam was going to cost a lot of money, so the large ring of streets and canals was built in stages. The third expansion began in 1610, and the fourth in 1662. The third created the west sides of Herengracht, Keizersgracht, and Prinsengracht from Brouwersgracht to Leidsegracht. Parts of the existing suburbs were incorporated into the new city, and later became the Jordaan district.

During this period, canalside plots were marked off in different widths, to appeal to different types of buyers. Businesses and less well-off people could purchase narrower sites on Prinsengracht for their warehouses and homes, and the more wealthy residents could buy wider ones on Herengracht with spaces for gardens. Keizersgracht was a halfway point between the two sizes. The distinctions between the different types of buildings on the three main canals are still apparent today. The Gouden Bocht, or golden bend, located on Herengracht between Vijzelstraat and Leidestraat, was lined with mansions spanning one and a half or even two plots. The land was sold at public auctions to individuals planning to build their own houses, and contractors intending to develop it. 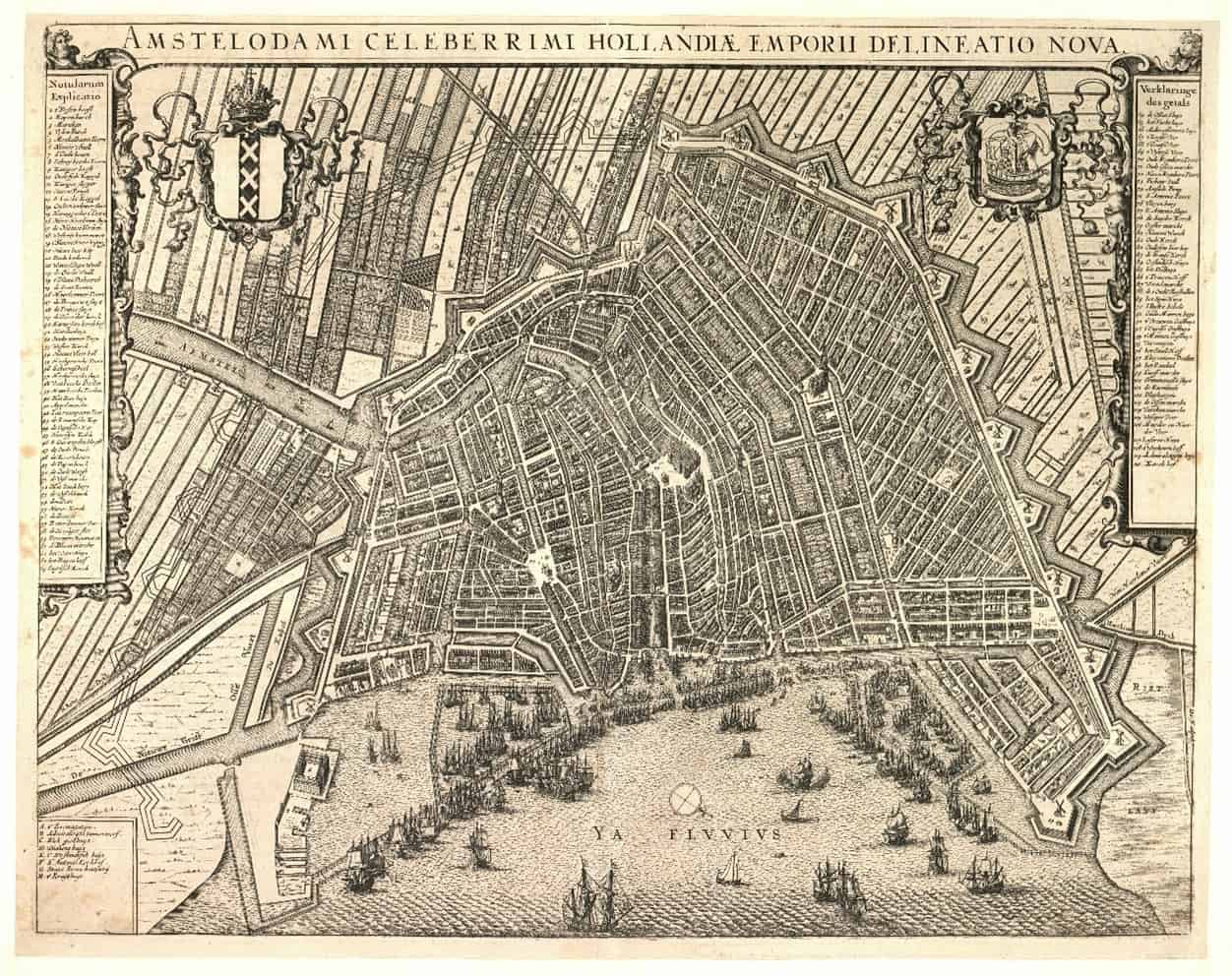 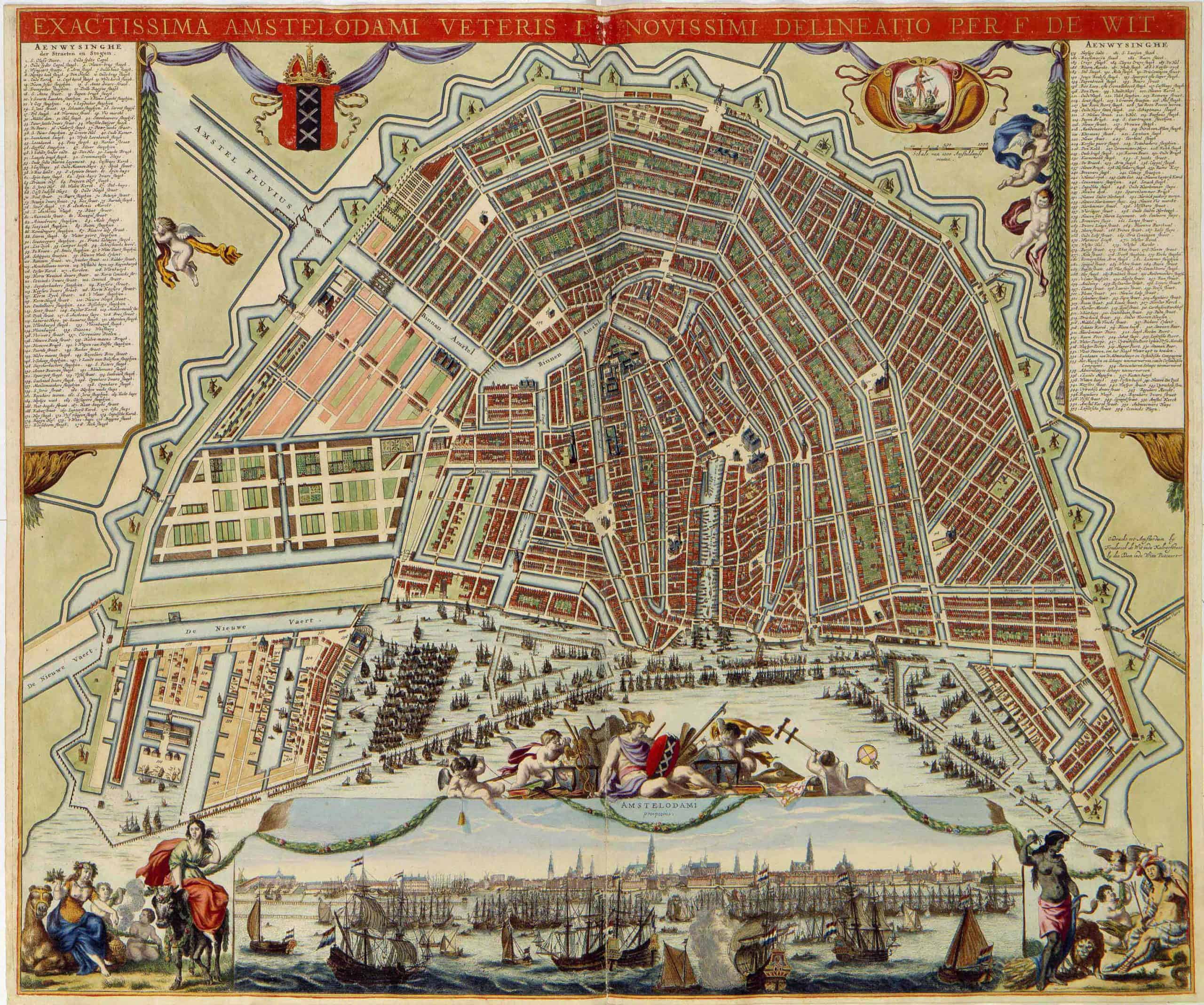 During the fourth expansion, Herengracht, Keizersgracht, and Prinsengracht were extended from Leidsegracht almost to the IJ. The section between Leidsegracht and the Amstel was developed in the seventeenth century, and the area between the Amstel and the IJ in the eighteenth and nineteenth. After the third and fourth expansions, there was enough space for all the new inhabitants and businesses.

Today, Amsterdam’s canal district is world famous, a magnet for visitors from the Netherlands and abroad. Its many wharves and bridges link the different parts of the city. Sadly, many are falling into disrepair, and the council is working hard to restore them. Around 850 bridges and 200 kilometres of wharf, many in the inner city, have been given top priority. This will take several years, but also represents an opportunity to create a better and greener Amsterdam. .